Please visit and LIKE our Facebook Page and share with family, friends and on your own Facebook page, and ask them to share further – it is only by working together and sharing knowledge and education that we can improve the lives of dogs and assist owners. We do not inundate you with posts – an average of 5 per week, and the odd Did You Know. Thank You!

Placing Littermates in the same home

Guest Contributor - Maxine Quinton
www.clickersa.co.za - Maxine is one of our recommended puppy and dog schools and runs Clicker Concepts 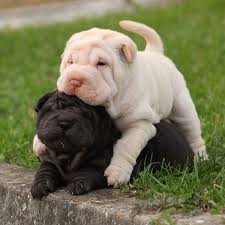 The following are some thoughts which will hopefully be of some use to two different groups of people: breeders wishing to place their puppies in the best possible homes, and also for helping puppy buyers when selecting their new pet.

In general, it is never advisable to home two puppies from the same litter into the same home. This for several reasons: