Karen B. London, PhD, is a Certified Applied Animal Behaviorist and Certified Professional Dog Trainer who specializes in working with dogs with serious behavioral problems, including aggression. She is the author of five books on canine training and behavior which can be purchased via website above. This article was sourced via the www.thewildest.com which features some other great articles on behaviour, nutrition, lifestyle and offer s nice shop - worth a visit. 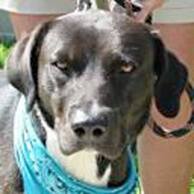 You might think that threat displays — when a dog growls, barks, stiffens their body, or bares their front teeth — leads to serious aggression. But actually they can prevent an altercation, which is why many of them occur without ever leading to a real fight. By showing their weaponry or signs of strength, dogs are communicating that it would be unwise to challenge them. Dogs can assess each other, and often one or more decide that to proceed would be unwise.

On the flip side, dogs who never give any warning before behaving aggressively are the most frightening and potentially dangerous. Many dogs who attack with silent stealth (without so much as a bark or a growl) have no intention of avoiding aggression and are the ones most likely to deliver uninhibited, seriously injurious bites.

Similarly, the scariest and most dangerous dog fights are the silent ones in which all the dogs’ energy is focused on the attack, as opposed to loud fights in which a lot of energy goes towards barking and growling. Silent fights are the ones that are most likely to lead to critical injuries or even death. Much less likely to cause serious damage are the fights that are full of sound and fury, signifying nothing.

The Importance of Communication

The vocalizations and visual displays that often accompany dog fights are a form of communication. As long as the dogs are attempting to communicate with one another, there is some possibility that they are seeking to end the conflict. If the dogs have no interest in working out the conflict or to de-escalate the aggression, then the dogs are most likely serious about injuring each other. Quiet fights and quiet attacks involve dogs who are most likely actually trying to cause injury, rather than trying to reach a peaceful resolution.
​
Although personality differences in how much individual dogs tend to vocalize can influence how loud an attack or fight is, and a victim dog may make piercing yelps and screams while the attacker remains silent, I still generally find that quiet incidents result in the most damage. Of course, there are also tons of exceptions. Unfortunately, many people and dogs are seriously injured by dogs making a big ruckus.