Too many pets, too little care: A look at animal hoarding

www.veterinarynews.dvm360.com
​(A brilliant website with so much information to be had!) 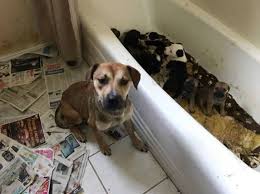 Once thought to be the eccentric hobby of the crazy cat lady, animal hoarding is beginning to get the attention it deserves. Shelter medicine instructor and veterinarian Dr. Kirk Miller provides an overview of its effects on pets, people and shelters and explains why prosecution and prevention are so problematic.

The definition of animal hoarding may surprise you. That’s because the crux of what classifies a person as a hoarder isn’t a particular number of animals—it’s whether or not those animals are provided with sufficient care, says Fetch dvm360 conference educator Kirk Miller, DVM.

This means that someone with 20 cats who’s able to meet all of their needs wouldn’t classify as a hoarder. But a person with only seven cats who’s overwhelmed by the situation and unable to provide a minimum level of care would.

As a clinical instructor of small animal primary care and shelter medicine at Oregon State University College of Veterinary Medicine and a practicing veterinarian with the Oregon Humane Society in Portland, Dr. Miller is no stranger to the world of animal hoarding—a world that includes an estimated 250,000 animals per year in the United States.

With so many affected animals, there’s unfortunately a good chance that if you haven’t witnessed animal hoarding yet, you will in the future.

“According to the Animal Legal Defense Fund and the Pet Abuse Database, the animal hoarding trend seems to be going upward, especially in the past 10 years,” says Dr. Miller. “But it’s hard to say if that’s because there’s more hoarding going on or if awareness is simply growing. Thanks to television shows on the topic, the problem is more top of mind.”

Building on the definition above, Dr. Miller says animal hoarders are often characterized by obsessive attempts to accumulate or maintain a collection of animals in the face of progressively deteriorating conditions.

“Even though things are bad or going downhill, they’re still trying to get more animals or keep the ones they’ve got,” he explains.

Animal hoarders fail to provide their pets with minimal standards of sanitation, space, nutrition and veterinary care, and they are unable to recognize the effects of this failure on the welfare of the animals, themselves and other people who live in the household, says Dr. Miller.
​
Though he stresses that there can be a lot of overlap and gray area, Dr. Miller explains that it can be helpful to know the three types of hoarders, as the typology can be used to guide authorities on the most appropriate intervention approach.

According to Dr. Miller, this is a person with good intentions who’s trying to take care of their animals but eventually becomes overwhelmed. Pets in this situation are often passively acquired, he explains—consider the “neighborhood cat lady” who keeps getting cats brought to her to the point that the situation spins out of control.
“Overwhelmed caregivers are more likely to understand there’s a problem and thus typically have fewer issues with authority and accepting intervention,” Dr. Miller says.

Rescue hoarders, on the other hand, have a compulsive need to rescue animals from euthanasia and tend to see humane organizations as the enemy—in their eyes, they’re the only ones who can help these animals, explains Dr. Miller. Unlike overwhelmed caregivers, they actively acquire pets and will avoid authority.
“They’re not amenable to help because they believe they’re the only ones who can help,” he says.

The exploiter hoarder, explains Dr. Miller, is indifferent to the animals they acquire.
“Accumulating animals satisfies some need they have,” he says. “Sometimes it’s just to have a bunch of animals.”
This category can include those who run puppy mills and who illegally sell animals into research. Exploiter hoarders have an extreme need for control and will lie, cheat and steal to achieve their ends.