The Unexpected Killer - Fear and Anxiety may shorten dogs lifespans

www.scientificamerican.com
(Really great website with information on the sciences and some really great articles there) 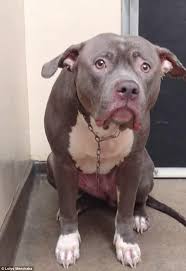 For some, it happens in the bathroom. For others, it’s the living room. All across America, as fireworks go off on July 4th, many dogs experience varying degrees of fear and stress. Some crouch and huddle in the bathtub; others pace, pant and whine in the living room; others wildly dig and chew; and of course, there are the desk-hiders (among other behaviors discussed here). Today is not the easiest time to be a dog.

Fear and anxiety plague many dogs’ lives, and with good reason. The dogs we call ‘companion animals’ might have cushy lives in many ways (access to food, water, health care and companionship), but they are also exposed to challenges, such as repeated separations as you go off to work, then come home at variable times, and then leave on vacation; repeated mixing with unfamiliar dogs and people; and then there are those booming things that appear in the sky on barbecue day!

Nancy Dreschel, a veterinarian and animal science researcher at Penn State University, set out to investigate the ‘So What?’ aspect of fear and anxiety. Does living with fearfulness or anxiety have “negative effects on health and lifespan in the domestic dog”?


Dreschel took a retrospective approach. Owners whose dogs had passed within the last five years completed an online survey with 99 questions on a wide range of topics from general behavioral and health history to specifics like how much time the dog was alone each day, their exercise routines, training history, and of course age and cause of death. Fear and anxiety-related questions came from the C-BARQ, a validated questionnaire commonly used in dog behavior research (which you can fill out for your dog!). Dreschel drew her conclusions from 721 owner responses.
The study found it’s preferable to live without fear and anxiety:

While the Fourth of July might not kill your dog, it’s certainly not a moment of enjoyment for many. In other species, activation of the stress response, particularly chronic stress, has been shown to affect both health and lifespan. Dreschel describes a study where rats who were consistently afraid of new things died earlier than non-fearful rats. In humans, chronic stress is associated with challenges such as “obesity, insulin resistance, cardiovascular disease, immune disturbances, altered endocrine responses and nervous system disorders.” Better to be la-di-da like Laverne & Shirley.

This research is an important step in exploring the relationship between fear or anxiety and the health and lifespan of companion dogs. As a correlational study, Dreshel adds, “we can hypothesize about the mechanisms of interaction and treatments that might be effective, but it is impossible to determine cause and effect of particular diseases and personality traits without longitudinal data.”
Now it’s in your court. Dogs who are sound-sensitive or fearful of strangers are not necessarily set in their ways. Living with a dog who displays fearful behavior doesn’t mean we just throw up our hands and say, “Sucks to be you!”
​
Over at Do You Believe in Dog?, canine welfare researcher Mia Cobb reflects on her own dog’s situation: “Over the years, we’ve developed strategies to help [my dogs] cope better with less anxiety and fear [relating to fireworks]. Most of the time, these strategies work (or maybe they are just going deaf as they get older?!)."