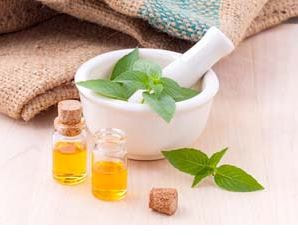 Interest in alternative therapies is growing in both the Human and Animal Medical fields, despite the array of synthetic pharmaceuticals that are being launched on an almost daily basis.  The question has to be asked, however:
​
What are these “natural” medicines - and do they work?

The answer to the latter part of this question is undoubtedly “yes” and they are often more efficient and less harmful than many conventional drug therapies.  Some of our old herbs and remedies, which served for hundreds of years, are now enjoying a renaissance, with growing ranges of natural medicines for both people and animals.  However, time constraints in our fast-paced lifestyles make more conventional medicines an easy choice.  Not only do pharmaceuticals sometimes take effect faster than natural alternatives (not necessarily curing, but masking the symptoms), but the average first consultation for Alternative Medical treatment lasts about 60-90 minutes, compared with the more usual 10 or 15 minutes conventional approach.  Unfortunately, this often results in alternative treatments being used as a last resort, when in fact they are a valuable first line of treatment.

It worries me that, as humans, we are so quick to go to the doctor or chemist to receive medication for the littlest of things, when a gentler and more appropriate form of treatment, in proportion to the severity of the symptoms, will often suffice.  We should be leaving the “big guns” where they belong, which is to fight the acute wars in life threatening situations.

So many drug resistances (especially antibiotics), are caused by indiscriminate use of the potent bug killers for the minutest of infections.  It is only a matter of time before the so-called MRS (multiple resistant strain) infections - those hospital-based super bugs that no known antimicrobial agent is able to kill – are found in our daily environments.

As members of the medical profession, it is our duty to help prevent this from happening.  But at the same time, as members of the public, it is our duty not to railroad the medical profession into using the big guns for our minimal diseases.  Society has conditioned us to believe that it is unacceptable to take the necessary time off for our body’s own immune system to sort the minor problem out, where in fact, this is exactly what we need to be doing for optimal health and longevity.

There’s a time and place for everything…

Conventional drug therapy often holds no parallel when it comes to acute, life threatening conditions.  It certainly has a very important part to play in modifying disease processes too.   Used over a short term, these pharmaceuticals carry a lower risk of drug induced side effects.  However, long term use of pharmaceutical medication in chronic inflammatory, degenerative or cancerous conditions, is designed on the whole to help manage the condition by masking its symptoms.  Very rarely does it lead to a cure of the disease.

Over time, more and more of the pharmaceutical drug is required and the chances of side effects become greater.  Quite often, additional drugs are required to counter the side effects of the first ones.  On the contrary, complementary and alternative medicines have a very good reputation for modifying chronic inflammatory and degenerative disease toward either complete cure or at least slowing down the development of the disease processes without dramatic side effects.

The golden rule for natural treatment is this:

​The earlier the condition is caught and treated, the more easily the body will be able to cure itself, given the right healing trigger.  This is why it’s so important to pay attention to your body.  There are of course incurable conditions for which any form of medication is a major challenge, but various treatment options do still exist, that can help the patient to feel their best under the circumstances.