Should Dogs Chew on Sticks and Wood? 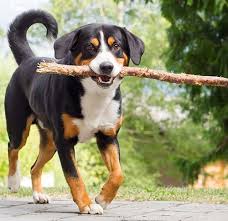 I don’t know about you, but when I see a dog running gleefully after a stick that has been thrown, carrying it back in its mouth, or lying chewing on a stick, my blood runs cold!

For some reason, some dogs love to chew on sticks more than any other object. It could perhaps be that the dog associates the stick with walks and time with their human, or it could be the natural wood scent that comes from it – remember that a dog has very few taste buds compared to humans, but their sense of smell is enormous. They have approximately 300 million olfactory receptors in their noses, compared to about 6 million in us humans.  It could also be that they love the way that the stick pulls apart and they can really get stuck into it., plus dogs love to retrieve things and to chew on them – it’s part of their natural behaviour.

Lucky for the dogs that are still chasing and chewing on stick, nothing un-towards has occurred to date, or I am sure their owners would have stopped the practice immediately.

Another point is that if your dog is only chewing when you are out, you could have an element of separation anxiety occurring.
So, what can go wrong: -
If your dog is a stick lover, when off-lead, in the park or woods for example, even though you may not see him carrying anything in his mouth, do check inside his mouth as an extra precaution.

So, what can you do instead?