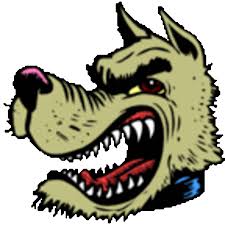 Some people who are afraid of dogs will claim that certain dog breeds can exert over 2,000  pounds (907kg) of pressure with their jaws. It’s an impressive number – and an enormous exaggeration. They bite harder than a human, but not as much harder as one could think.

It is more difficult to measure the exact bite force of dogs, because they won’t bite as hard every time, and they will bite harder if they’re provoked. The force they can chow down with depends on the shape of the jaw and the size of the dog’s head
One test measured three dog breeds that often strike fear in those afraid of dogs; American Pit Bull Terriers, German Shepherds, and Rottweilers. (If you are afraid of dogs, you should know that all dogs can be good and all dogs can be bad – it depends on the owner and not the breed.) The average bite strength turned out to be 269 (122kg) pounds of pressure.

The Rottweilers were the strongest and topped with 328 (148kg)pounds of bite pressure. German Shepherds came in second with a 238 (108kg)measured bite force, and the American Pit Bull Terrier came in third with 235 (105kg)pounds of pressure.

You might not think of Hyenas as strong, but even though they are scavengers they also hunt, and most of the time they chase down their own food. A hyena can bite down with 1100 pounds (499kg), and they’ve been known to chase off lions to claim food.

When it comes to our primate cousins, the Gorillas are the largest and strongest. An adult male gorilla can weigh 400 pounds, and bite down with a strength of 1,300 pounds(634kg) per square inch. Now, that doesn’t mean that you should fear gorillas – they are herbivores, peaceful, and shy.
Many who visit the south are afraid of alligators, and it is certainly wise to abide by regulations and warning signs. The American Alligator has a bite strength of 2125, sharp teeth, and powerful muscles to hold their prey. This still pales compared to the Nile Crocodile that can close their mouths with a pressure of 5000 pounds (2267kg).

While alligators and crocodiles can run fairly quickly on land,  it’s nowhere near what urban myths claim. They can lounge out of water at a fairly high speed, but the land speed record is around 10 mph, and they grow tired quickly when on land. Alligator attacks are extremely rare. The risk of being injured in an unprovoked alligator attack is around one in 2.4 million.