​Is Pet Insurance Worth It? A Veterinarian's Perspective. 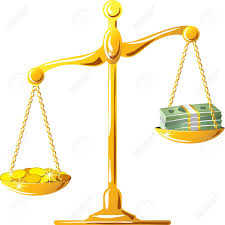 I think that people often have the wrong attitude about pet insurance. For example, it's not uncommon for someone to say they would rather just open up a savings account to pay their veterinary expenses rather than "waste" money on pet insurance premiums. This person doesn't understand the purpose of pet insurance.

People buy insurance of any kind to help them pay for large, unexpected or unplanned expenses for which they would have trouble paying for out-of-pocket.

Pet Insurance Tips:
I'm all for having a so-called "pet health savings account," but not instead of pet insurance. The reason is obvious. What if two months into your savings plan, your pet becomes seriously sick or injured and requires treatment totaling several thousand dollars? You'd be a little short. That's when a pet insurance policy comes in handy. And situations like that happen all the time in veterinary hospitals around the country.
​
Another comment I hear a lot is: "There are too many exclusions, like hereditary problems and chronic diseases, to make it worth it." If you believe this, perhaps you haven't looked into pet insurance lately. There are a dozen companies offering policies in the United States and coverage has vastly improved. And most companies now allow you to customize your policy by selecting from several deductible and copay options to find a premium that fits your budget.

If you've ever had a pet that was seriously injured or ill, where you spent hundreds to perhaps thousands of dollars for your pet to be treated, you are likely more receptive to the idea of buying pet insurance. In fact, in hindsight, you've probably thought that pet insurance would have come in handy. You may have even purchased pet insurance just because of such an event.

On the other hand, if your pets have always been relatively healthy and you've never been faced with a large, unexpected vet bill, you might be thinking, "Something like that has never happened to me and probably won't, so buying pet insurance would just be a waste of money." Unfortunately, you can't tell the future, and while they say "hindsight is 20/20," it's too late to do you much good.

Perhaps you know some pet owners who scoff at the notion of spending much money at all on their pets. They have the attitude that if anything were to cost more than say $500, they'll just have the pet euthanized and go out and get a replacement pet. Pet insurance would indeed be a waste of money for these pet owners.

Surveys have been done asking pet owners how much they would spend to save their ill or injured pet. A large percentage of pet owners respond that they would be willing to spend "any amount" to save their pet. It has been my experience as a veterinarian, however, that when I present the cost of a diagnostic and treatment plan to pet owners, and it's no longer a theoretical question on a survey - but reality, some aren't so sure of the answer anymore.
an emergency or specialty hospital one or more times during your pet’s lifetime. This will usually involve a large and often unexpected veterinary bill.

So, if your pet were seriously sick or injured and required major surgery and/or an extended hospital stay, would you be willing to spend $5,000 or $10,000 if required? If your answer is yes, but you’re worried about how you would afford it, then you should at least look into purchasing pet insurance.

Therefore, you must ask, "Do I have sufficient money in the bank or available credit to pay the veterinarian and then wait for reimbursement from the insurance company?" If not, then unfortunately pet insurance may not be an option for you at this time.

I believe that more and more, pet owners will purchase pet insurance in the future because technology and the costs of delivering quality healthcare to pets have outpaced the ability of many pet owners to pay for it. While pet owners and veterinarians can potentially benefit from third party payment to help pay for the healthcare of pets, I'm convinced the real winners will be the pets.