Help for pets with allergies by adjusting the body's Microbiome

www.petmd.com - this is a fabulous website with topics on a huge amount of topics and one of our favourite websites 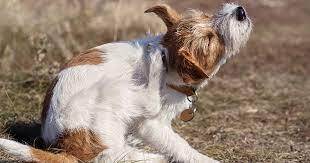 Allergies are an increasingly frequent problem for dogs, mirroring a similar trend in people. The reason why is still unclear, but this and the similarity between some types of allergies in dogs and people have led to interesting research that could benefit both species.

​The most common form of allergies in dogs goes by the name atopic dermatitis (AD). Here’s how I defined the condition in my book Dictionary of Veterinary Terms, Vet Speak Deciphered for the Non-Veterinarian:

Atopic dermatitis n. inflammation of the skin that is caused by a genetic tendency to have allergic reactions….

And here’s how the condition in people is described by the American Academy of Allergy, Asthma, and Immunology:

Atopic dermatitis (eczema) is a chronic or recurrent inflammatory skin disease. "Atopic" means that there is typically a genetic tendency toward allergic disease….

Pretty similar, right? That’s why I took interest in a paper that recently appeared in the Journal of Investigative Dermatology, not a publication that many veterinarians frequent.

In the study, researchers looked at the microbiome—the naturally occurring population of microbes—on the skin of 32 dogs (15 with atopic dermatitis and 17 without). They compared the microbiomes before, during, and after the dogs with atopic dermatitis developed symptoms and were treated with antibiotics to help them recover. They found that that during a flare-up, dogs with atopic dermatitis “had almost ten times” the proportion of Staphylococcus pseudintermedius, the bacterial species primarily responsible for common skin infections in dogs. The researchers also saw an increase in Corynebacterium species, “as they typically do in humans with AD,” and observed “a decrease in the skin’s protective barrier.” After antibiotic therapy was finished, all of these parameters returned to normal.

“In both canine and human atopic dermatitis, we hypothesize there is a similar relationship among skin barrier function, the immune system, and microbes, even if the individual microbe species aren’t identical,” said senior author Elizabeth A. Grice, PhD, an assistant professor of Dermatology and Microbiology at the Perelman School of Medicine at the University of Pennsylvania.

“The hope is that insights gained from this study and others like it will enable us one day to treat this condition by altering the skin’s microbiome without antibiotics.”

Impairment in the skin’s ability to work as a “barrier” to keep moisture in and harmful bacteria out is considered a possible factor in triggering or advancing AD.

To me, this research provides support for the way that many veterinarians now recommend managing cases of atopic dermatitis in dogs: Talk to your veterinarian if you have a dog with atopic dermatitis to determine what form of combination therapy is most appropriate based on the details of the case.*