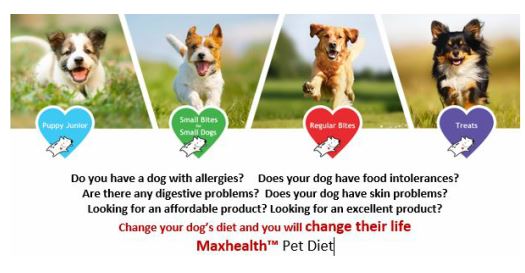 DOMINANCE – do the dogs really want to rule?

One of the most challenging discussions to have is the one around the view that dogs are trying to be dominant, and that the humans need to be the pack leaders and the dominant ones.  Is this view so popular because of television programmes, because of celebrities recommending certain trainers or because of humans’ need to feel in control?  We often feel better about ourselves when our dogs perform according to our desires.

It may be that we find it easier to say the dog is pulling the leash, or walking out the gate first, jumping up against us or showing what we perceive to be aggressive behaviour towards dogs or humans because s/he is trying to be the dominant dog.

It may be easier to see it in this way as it takes some responsibility away from us. It is easier to label the dog than to take responsibility for the training and respectful management and understanding of the dog.

The view that dogs are trying to dominate us and that we have to in return assert our dominance over them, leads to serious misunderstanding, almost absurd training methods such as alpha rolling a dog on his back to show him who is the boss, and other methods that have a negative impact on our relationship with the animals we are responsible for. It does cause cruelty and often does not have a positive effect in terms of lasting behaviour modification.

Dominance is assumed to be present in dogs due to their closeness to wolves, but dominance was pointed out in studies of captive wolves.  O’ Heare explains that domestic dogs cannot be seen as captive animals.  Dogs are domesticated, not captive.  Their ease of socialisation is much different from that of wolves. The two groups’ sociability differs too much to make this direct conclusion.  O’Heare is of opinion that dogs must be studied if we want to conclude on their sociability, not make assumptions on grounds of observing their ancestors in unnatural environments.

According to O’Heare dominance theory is contested by many dog behaviour counsellors, veterinary behaviourists, researchers, theorists and academics in ethology.  The theory’s predictive value lessens when it is taken into account that a wolf male may be dominant when it comes to food but subordinate when it comes to offspring rearing. It becomes complicated to identify ranking systems in multiple contexts.  He points out that dominance hierarchies are in many cases a product of stress and captivity.

An important factor pointed out by O’Heare is that where dominance and hierarchies are present in animals, it is never between different species.  There is no empirical evidence that hierarchies form between members of different species, as would be the case if man was to dominate his dog and be the pack leader.

An interesting opinion of O’Heare’s concerns whether domestic dogs are pack animals. He points out that free ranging dogs are usually solitary animals as it is too expensive to have to share resources.  They are scavengers, not hunters and therefore do not need to be in a pack.  The dogs in a household are usually in small groups and although there is some territoriality and ganging up on strangers they do not necessarily form a pack as there is no need for it – again due to not having to hunt.

There thus seems to be very little value for the dominance theory as it is known in terms of domestic dogs.  There is adequate reason to believe that it has thus far done more damage to the relationships between dogs and their owners than it has added value.

Eaton also discusses the origin of pack rules, and points out how those have been misinterpreted.  Most of the rules are based on wrongful interpretation of wolf behaviour.  One example is the rule that the pack leader has to eat first.  When wolves hunt, the breeding pair eat first if the hunt was small. If food is scarce the pups would be fed first. If the kill was big enough all pack members eat together. The alpha roll that goes with exerting dominance is never forced upon a wolf by another.  It will rather be offered by the submissive animal upon investigation. These behaviours cannot take place between dogs and humans as we cannot imitate canine to canine communication.

It thus seems that it will stand us in good stead to rather get ourselves clued up on learning theory and work at training our dogs than interpret their behaviour in terms of theories that are outdated, lead to abuse and often exacerbate some behaviours.

There is so much new information available that we really do not need to go with information our grandparents had regarding dogs and their behaviour.