Dog Bites to Unfamiliar People - why do these tend to occur?

by. Friends of The Dog 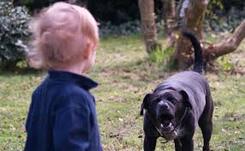 ​In an article on the News24 website they say, “According to law firm DSC Attorneys, dog bites account for tens of millions of injuries annually, and SA has the highest incidence of dog attack deaths in the world, relative to population”. They go onto say, “that in SA dogs account for 76% to 94% of animal bite injuries”. Unfortunately, in all the research we came across worldwide, the majority of bites were to children and what is even sadder, is that the majority of these could have been prevented.

Unless it is true Idiopathic Aggression (where absolutely no reason is present), which is not common, dog bites always have a reason for occurring, even though' we may not have known or realized why - let's have a look at the various categories which will give you an idea as to why they occur:-

Aggression is divided into various categories, and any of these, or a combination of same, could be responsible for the aggression, and in some cases, the reason for the aggression is not even known. The basic categories are below and give you an indication as to why the behaviour may be occurring, and in all cases of aggression a person that is not only qualified as a behaviourist, but experienced in dealing with aggression should be called in. Not only is this behaviour dangerous to people and other animals, but an owner could also be sued for the damage caused, and possibly euthanasia of the dog as deemed dangerous.

What you may find with some dogs is that they exhibit the aggressive behaviour at the gate           but offer no threat if the person comes inside – however, it is far better not to take a risk.


According to a study which appeared in www.researchgate.net, they said that “Dog bites are a major cause of preventable traumatic injury in the paediatric population. We aimed to determine the epidemiology of dog bite injuries in a group of South African children with a view to developing potential preventive strategies. A retrospective review was done of patients presenting with dog bite injuries to the trauma unit at the Red Cross War Memorial Children's Hospital in Cape Town over a 13.5-year period. We identified 1,871 children treated for 2,021 dog bite injuries during the study period. Dog bites accounted for 1.5% of all trauma unit presentations. Male children accounted for 68% of the patients. Children under 6 years of age were more likely to have sustained injuries to the head, face, or neck, while children older than 6 years more commonly received injuries to the perineum, buttocks, legs, or feet. Younger children were more likely to be attacked at home and older children outside the home. The most frequent injuries were superficial, and the majority of patients were treated with simple medication, dressing or suturing. There were no dog bite-related fatalities. The relationship between the geographical location of dog attacks on children and the age groups attacked suggests that strategies to prevent dog bites should target both parents supervising younger children at home, and older children who encounter dogs outside the home. 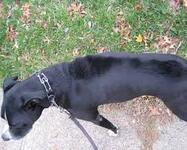 Some signs of possibly aggressive behaviour
​
As a dog’s body language can be very subtle, a lot of owners and people do not even realize that the dog’s arousal levels are increasing and could result in aggression. So often we hear ‘the dog just bite for no reason, or bit out of the blue’. Unfortunately, the early signs were not noticed and the dog removed from the situation, so the dog is put in a position of having to escalate its behaviour. Here are some of the early signs and more obvious signs of aggression as mentioned above.
What has to be borne in mind is that a dog’s body language is complex, and a behaviour made in a millisecond could be ignored, plus, dogs tend to engage in multiple signs.
We believe that all dog owner should make themselves knowledgeable about a dog’s basic body language especially their own dogs, as it would save a multitude of dog bites, plus parents should educate children at the same time as how to approach and interact with dogs.          If the dog is serious about biting, you will often see what is called Whale Eye and on
occasion,  the head is turned slightly away. Whale Eye is best described as a very wide and             bulging eyes, normally showing more of the white of the eye than usual. When behaviour escalates, below is normally exhibited:
​
The above is just an approximation, dogs can react differently, and often offer several behaviours at the same time.

Best way to handle aggression in a dog


In closing, please take note that any type of aggression, either towards strangers, owner or other animals is unacceptable, and get help as soon as possible – being proud of your dog that tries to ‘take out’ strangers will only lead to the owner incurring heavy medical bills and being sued if the dog does bite, plus there is a good change the dog will be euthanized due to dangerous behaviour.