Do crossbreed dogs have better health and vigor?

https://www.petguide.com
​(Interesting website with info on all pets, not just dogs - we think you will enjoy) 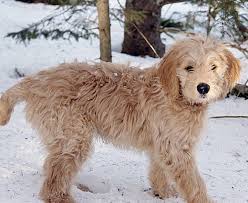 From breeders to pet parents, it seems like everyone has an opinion about hybrid vigor. But what is it and is it a good or bad thing?With the popularity of designer dogs, the issue of hybrid vigor is one that often comes up in related discussions. Also known as heterosis, the term hybrid vigor in dogs describes improvements in form or function as a result of crossbreeding. This term is used in all kinds of breeding, not just for dogs.

Are Designer Dogs Healthier than Purebreds?

If you do a little bit of research you will find that there are hundreds of different dog breeds out there, each with their own unique histories. Some breeds like the Shar Pei, the Siberian Husky, and the Saluki are called ancient breeds because they have origins dating back more than 500 years. Certain old and ancient breeds are also some of the healthiest dog breeds because they have the benefit of a large gene pool unlike some of the newer breeds that were developed through inbreeding or from a limited gene pool. Even some of the healthiest dog breeds, however, are predisposed to certain genetically inherited conditions like progressive retinal atrophy or hip dysplasia. If two dogs that carry a genetically inherited disease are bred, there is a greater chance of it being passed on to the puppies.

Many people believe that designer dogs are inherently healthier than purebred dogs because they do not have the same predispositions for inherited conditions. The fact remains, however, that if both parent breeds are carriers for the same genetic condition, there is still a high risk that it will be passed on. With careful breeding and genetic testing, however, it is possible to decrease the risk for genetic defects but there is still a great deal of controversy regarding the idea that crossbreed or designer dogs are healthier on the whole.

Is Hybrid Vigor in Dogs a Myth or Reality?
​
The subject of genetics in regard to designer dogs raises the issue of hybrid vigor, or heterosis. Hybrid vigor is defined by the American Heritage Dictionary as, “increased vigor or superior qualities arising from the crossbreeding of genetically different plants or animals”. For one thing, there are no clearly defined measurements for genetic superiority in animals, particularly in dogs. A certain trait (such as a double coat) might make a mountain breed better suited to its environment but the same trait could be a detriment to a desert breed. It is also important to note that not all hybrids exhibit hybrid vigor – consider the mule, a cross between a horse and a donkey. The mule is almost always infertile – this can hardly be considered a superior trait.
If we can take away anything from this study it should be the idea that genetics is complicated and that mixed breeding alone is not enough to eliminate genetic disorders. The idea that all mixed breed dogs exhibit hybrid vigor and that they will not develop any genetic disorders is inaccurate. Hopefully in time, veterinary research will develop to the point that genetic disorders can be completely prevented, but we are not there yet.