Selective Breeding - Does this impact on a dog's behaviour? 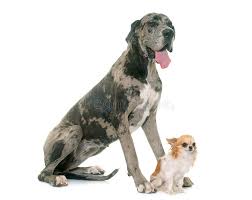 Bull Terrier in 1929 and today.
​Over the years, domestic dogs have been bred to showcase certain appearances. Through this process of selective breeding, a variety of breeds —from the tiny Chihuahua to the towering Great Dane — have been created. According to a recent study, selective breeding of domestic dogs not only alters the way a dog physically looks, but also drives major internal changes in canine brain structure.

Scientists from the University of New South Wales and the University of Sydney conducted a one-of-a-kind study, which revealed that in the process of breeding domestic dogs, the position of the canine skull has shifted as well. This is a result of humans selectively breeding for different skull lengths to create various breeds.

To determine this, Michael Valenzuela from the University of New South Wales and a team of researchers performed MRI scans on the brains of two English springer spaniels, as well as eleven euthanized dogs, which were donated to the study by a local pound. The batch of donated dogs included a range of breeds, such as an Akita cross, mastiff cross, Staffordshire bull terrier, Shih Tzu cross, greyhound, Maltese, Jack Russell terrier, Australian cattle dog, and a pit bull mix.

The MRI brain scans revealed that the dogs with the shortest skulls — the Shih Tzu cross, pit bull mix, and Akita — showed a significant reorganization of the location of the brain through breeding. In these short-snouted breeds, the cerebral hemispheres of the brain were rotated forward by up to 15 degrees. In addition, the brain’s olfactory lobes, which work to process smell, had shifted position in these breeds, moving from the front to near the back of the skull. According to Valenzuela and his team, the brains of these short-snouted dogs do not sit inside the skull cavity in the same manner as the brains of longer nosed dogs, whose brains appear to be closer to those of the domestic dog’s early wolf ancestors.

Valenzuela says the study reveals “strong and independent correlations between the size and shape of a dog's skull, brain rotation and the positioning of the olfactory lobe. As a dog's head or skull shape becomes foreshortened — more pug-like — the brain rotates forward and the smell centre of the brain drifts further down to the lowest position in the skull.” The study’s co-author, University of Sydney associate professor Paul McGreevy, stated that the study’s findings strongly suggest that one dog’s world of smell may be very different than another’s, and that this change alone could affect how domesticated dogs perceive their environments. The authors noted that this might in fact alter a dog’s personality and behavior, and they encourage people to be responsible when selectively breeding dogs.

Valenzuela and McGreevy plan to conduct future research as to how exactly these changes in canine brain positioning affect a dog’s brain function and what the impact is on its behavior.