The Surprising Third Side of the Nature vs Nurture Debate

www.puppyculture.com
by Jane Killion - the director of the film "Puppy Culture - The Critical First 12 Weeks That Can Shape Your Puppy's Future" and well worth watching. 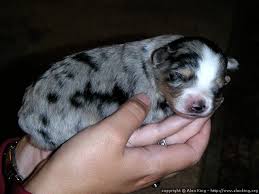 I’m assuming you’re a dedicated breeder, who puts a lot of time, money, and energy into combining what you believe is the best genetic material when you do a breeding.  You back that up by giving your bitch the best prenatal care and nutrition possible, and then follow through with sound rearing, nutrition, socialization, and training for the puppies.  You’ve done everything you can, and the rest is up to the genetic roll of the dice, right?

Genes, which many people think of as written in stone, can switch on and off or express themselves very differently depending on environmental influences.    Thus, the same gene can express itself as a negative trait or a positive trait, depending on environmental input, especially very early in life.  Take, for example, the aggressive variant of the human MAO-A gene, otherwise known as the “Warrior Gene.”   At its base, this gene causes people to respond aggressively and have less fear, and also create less empathy for others.  Given a supportive, nurturing childhood environment people with this variant grow up to be our presidents and community leaders, make energetic and wonderful spouses and parents, and tend to be financially successful because they have the competitiveness and focus to rise to the top.  If, however, an individual with this variant of the MAO-A gene is exposed to a severely traumatic event very early in life, he has a high risk of becoming a sociopath or even a serial killer.

Now, your dog may never grow up to be president or a mass murderer, but it's  possible that early environmental influence can determine the difference between the dog that shows like he owns the ground he stands on and the dog that’s such a sonofabitch that you need to take Xanax and a good insurance policy into the ring to show him.

The study of environmental influence on genetic expression is still in it’s infancy, but there’s overwhelming evidence that early experiences and input can effect the way genes play out.  But that’s not even the beginning of the story.

Sins of the Father

Rats who were repeatedly exposed to a smell and then given a mild electrical shock, began to respond fearfully when exposed to that smell, even if the shock was not administered.   Not exactly mind blowing information, but consider this -  when those male rats were bred, their offspring showed fear in the presence of that smell, and when those offspring were bred, their children also showed fear in the presence of that smell.  So that traumatic experience was literally encoded in the male rat’s DNA and passed down through the generations.  Now that’s mind blowing.

The rat study seems to indicate that the genetic material that is passed from generation to generation can actually adapt to environmental influence in a way that maximizes survival for the subsequent generations. This drops a bomb in the already contentious nature vs nurture debate, and has given scientists and dog breeders pause for thought.  Now do we not only have to consider the rearing of the puppies and the care and comfort of the mother, but of the father, and of both grandparents and who knows how far behind that.

The influence of environment on the genetic material of fathers has been demonstrated again and again in humans, although the mechanisms for this change are not yet well understood.  For instance, a Swedish study indicated that men who experienced famine before puberty were less likely to have grandsons with diabetes or heart disease than men who had access to normal amounts of food before puberty.  A study in the UK found that fathers who began smoking before age 11 were more likely to have obese children.

The bottom line is, we can no longer think of the sires of our litters as hermetically sealed vessels to carry genetic information from one generation to the next. Their care, upbringing and experiences are important to the future of their children, grandchildren, and possibly beyond. 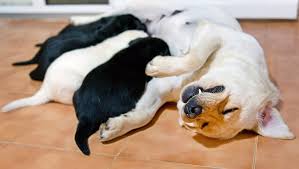 Wisdom For The Whelping Box
So what's the practical implication of all this? While epigenetics in dogs is just now starting to be examined, there are some reasonable inferences about what we should be doing with our breeding stock to maximize positive qualities in our dogs’ genetic material:

1. Keep your bitch calm and comfortable - It’s been proven time and time again that stressed mothers give birth to more stressed offspring with decreased learning and memory, and those offspring may display more negative behavior traits. Here’s some ways you can reduce stress and help your bitches be good moms:

Listen to your bitch - Some bitches like having the support of their “pack” when they’re in whelp or have a litter, and some bitches just really appreciate a private, quiet area away from the hustle and bustle of the rest of the house.  If she wants a private room, give it to her.  If she doesn’t want dogs near the door to her room, put baby gates up to create a buffer zone.
Go ahead, spoil her - even if you’re a top down kind of person, maybe you want to let a few things slide during this time.  I was lucky enough to learn from some great breeders who’ve been at this for a long time.  These breeders were very traditional and ruled their households with an iron fist.  Yet, when they had a bitch in whelp or with puppies, they dissolved into a cooing bowl of jello with their girls.   That’s the wisdom of the ages coming through.  Try a little extra indulgence and letting things go instead of correcting your bitch when she’s pregnant and on whelping box duty.  It will go a long way toward reducing her stress.

Vitamin L - Cuddle and stroke your bitch as much as possible.   There’s some evidence that puppies from mothers who received caressing and affection during pregnancy give birth to more docile puppies, and those puppies may enjoy being stroked and touched more than puppies from mothers who did not receive this kind of touching and affection.  Our girls get very clingy when they’re in whelp and the fact is they’re probably craving some good love vitamins for their puppies.  We use a 48” whelping box for our Bull Terriers so we have room to lie down in it and stroke our girls, both before and after they whelp.

2. Shield Your Puppies During Their Critical Period - At least the first 12 weeks of your puppies’ lives should be carefully scripted by you.  Challenges and stress-provoking stimuli should be introduced in carefully and scientifically sound doses, and the puppies’ environment should be stimulating, but very carefully protected from any really traumatic or frightening experiences.  In our DVD, “Puppy Culture: The Critical First 12 Weeks That Can Shape Your Puppy’s Future” we go in great detail on how to craft this kind of optimal experience for your puppies in their first 12 weeks, but here’s a couple of tips that most people overlook:

3. Wide open spaces - Make sure your bitch always has a way to get away from her puppies if she needs to. Never close your bitch in with the puppies and force her to stay.  A keening swarm of puppies who eat like they have hollow legs can be too much for some bitches. You want to give your mom a chance to escape rather than have to confront the Mongol hoards.  Certainly, she should be able and allowed to jump out of the whelping box or weaning pen and leave the puppies behind.  Better yet, you can also build a platform in the weaning pen if you have a large area - it’s a great way to let her stay with her puppies yet get away from the little darlings when she needs a break.

4.  Respect The Double Edged Sword -  The emotional sensitivity that will allow a puppy to be socialized and accept something with as little as one exposure during the critical socialization period, cuts both ways.  It will also allow the puppies to imprint a bad experience in as little as one exposure.  If you’re ever in doubt as to whether anything might be too frightening for your puppies, or if people you have over can be trusted not to scare or handle the puppies roughly, or whether your neighbor’s dog really is a nice dog for the puppies to play with, always, always, always err on the side of caution and pass up on that interaction.  Keep all interactions with people and dogs positive during this time.

It’s not been proven that negative experiences during the critical socialization period will negatively influence DNA, but given the research which shows that male rats can pass down an acquired fear of a smell to their kids and grandkids, it’s a really good bet that a traumatic experience during the start of a puppy’s life could have a similar effect.  Why take the chance?

Dad's MatterI think collective wisdom is there that we need to give our bitches a stable, healthy, and loving environment for them to produce stable, healthy, and loving puppies.  Science is really just confirming what good breeders already have been intuitively doing long before anyone studied it.
But the thought that this kind of nurturing environment could be vitally important to the sire’s DNA is thought provoking and new, and I would certainly encourage breeders to start thinking about how a stable and loving environment for a stud dog, whether it’s one you choose or one you own, might influence the genetics of his progeny for generations to come.