​DNA Testing for Dogs is about a lot more than satisfying your curiosity!
Scotty Valadao - Friends of the Dog - Canine Behaviourist 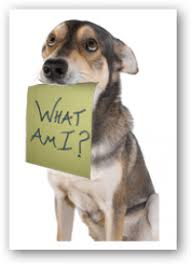 Not that long ago, the only way that you could test a dog's DNA was with a blood sample, and through a vet - an expensive process!

Luckily for all of us that have made use of DNA tests for our dogs, today, it is much easier, and also a lot cheaper.

In 2009, Mars Petcare made a technical change that allowed them to extract DNA from saliva, rather than using a blood test - Mars Petcare was then able to deal directly with the public rather than going through a vet, under the name Wisdom Panel.

Not all vets are in favour of DNA testing, and the topic really has resulted in a debate among the vet world, especially in the earlier days of home saliva based DNA testing. Some vets appear to be sceptical about the tests, as they feel that there are not enough standards and accuracy, and that results may differ from company to company, and especially, that information given on the genetic aspect when it comes to diagnosing potential health problems could be totally misleading.

Other vets meanwhile, are totally in favour of the DNA tests as they can assist as a diagnostic tool, especially when it comes to any health concerns that are bred specific, and if the dog had not had the DNA test, the vet would never have known that there was a potential problem, as many dogs simply don't always look like the breeds they are bred from.

As in everything in life, when it comes to any health concerns, we really should not rely on Dr. Google or take the health information in a DNA test as a given fact. We should always run our concerns by our own vets and let them help us regarding any potential problems.

So what then, apart from satisfying our curiosity, can DNA Tests actually tell us?

Having a behaviour background, and having worked with so many clients where serious problems were occurring due to the adopted mixed breed dog, not getting on with the existing dog, is a number one benefit in my opinion.

​Not all breeds get on together, and there are some breeds that should never live together, and some dogs should really only be 'only' dogs. If the potential new owner had the dog to be adopted DNA tested, and had a look at our Breed Compatibility Chart, they would get an excellent idea as to whether or not the adoption would be successful.  If they had an existing dog, that was also a cross breed, and had that dog tested, they would be able to tell the shelter that they did not want any cross breeds that had xxx and xyz in them and why.

Although shelters have a wealth of information on dogs, and are used to identifying breeds, they are not always correct. The appearance of the dog can be very misleading, as many owners that have had their dogs tested can confirm.

n an article we came across in Vetmed, they said - The research team evaluated breed assessments of 120 dogs made by 16 shelter staff members, including four veterinarians, at four shelters. These staff members all had at least three years of experience working in a shelter environment. The researchers then took blood samples from the dogs, developed DNA profiles for each animal and compared the DNA findings against the staff’s initial assessments. “We found that different shelter staffers who evaluated the same dogs at the same time had only a moderate level of agreement among themselves,” Levy said. Results of the study also showed that while limitations in available DNA profiles make absolute breed identification problematic, when visual identification was compared with DNA test results, the assessors in the study fared even worse.

When it comes to breeds such as the Pit Bull, that is banned in many areas of the US, the findings were even worse  -

Dogs with pit bull heritage breed DNA were identified only 33 to 75 percent of the time, depending on which of the staff members was judging them. Conversely, dogs lacking any genetic evidence of relevant breeds were labeled as pit bull-type dogs from 0 to 48 percent of the time, the researchers reported.

“Essentially we found that the marked lack of agreement observed among shelter staff members in categorizing the breeds of shelter dogs illustrates that reliable inclusion or exclusion of dogs as ‘pit bulls’ is not possible, even by experts,” Levy said. “These results raise difficult questions because shelter workers and veterinarians are expected to determine the breeds of dogs in their facilities on a daily basis.

We do understand that finances at shelters are already strained and there is hardly ever money for food, medical expenses, staff etc.,  however, it would be wonderful if people could donate to DNA suppliers so that they in turn, could assist shelters to help them make confirmed identification on any dogs that they thought may have one of the fighting breeds in it. This, in turn,  would also make it much easier for the potential owner to decide if the dog was going to be compatible with their existing dogs as well.

Although there are breed behaviour quirks, each and every dog is different, even if a Purebred, and as an example, we had two Border collies, who are well know as a breed for their chasing and herding children and other dogs in the family, and often nipping at heels to control them. Our Brady, pure bred Border collie, never showed any interest whatsoever of engaging in this behaviour, while Our Meggie, pure Border collie,  would herd anything she could!

What it does give us when we know the breed makeup, is more insight into what motivates them, which games to play with them and how to stimulate them both mentally and physically, and very often why they do the things they do - often breed related.

Some breeds are known to have certain genetic problems, although, if one went to an excellent breeder, many of these could have been ruled out, as a top breeder would normally give certification to say that the dog and its ancestors did not show any degree of Hip Dysplasia for example.

If you know that your dog has breed in him where the likelihood of a health issue can occur, especially breed specific, you can mention this to your vet, find out what signs may become apparent, what changes you need to make to his lifestyle, exercise etc. ,to prevent this, and if the problem does develop, you have caught it right in the 'bud' as the saying goes.

There are umpteen companies who offer DNA testing to owners, and these companies have huge genetic data available. This alone, should make a major difference in future research.

In another article we came across in The Atlantic Scientific Magazine, they said about the data that was available from current DNA testing :

Data sets that will be valuable for future dog research. “There’s just not funding in the academic world for those kinds of studies,” says Boyko, who is also a professor at Cornell University’s veterinary school. Wisdom Health and Embark, for example, have both published papers about genetic variants in their customers’ dogs. As these data sets get bigger, they will power more genetic discoveries. In this way, though the direct-to-consumer dog-DNA market has grown quickly, it is still early days for canine genetics.