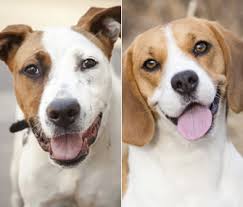 We’ve been listening to the growing debate in our online community about mixed breed dogs. Purebred Vs Mutt – which is better.

Feelings run high on this one, and as we’ve been covering a number of popular Labrador cross breeds in our mix breed review series, we’ve come across a range of objections to mixed breeding.

We’ve taken a look at them below.

We hope you find them interesting and do feel free to add any new objections, information or indeed support, in the comments section below. Or on our facebook page. It’s a good idea to check out our chat guidelines first if this is an issue you feel strongly about

You can find an in-depth guide to mix breeding and a fuller explanation of many of the points below in our guide: Mixed Breed Dogs. And there is another interesting article on this issue over on The Happy Puppy Site in “Are Mixed Breeds Healthier”.

1 Mutts are over priced – it’s all about money

Many people object to the high price of some mixed breed puppies. And feel that pedigree puppies should always cost more.  The whole price argument is to some extent a diversion. It is the welfare of the puppies that counts, not the amount of money in their breeder’s bank account. But let’s address it anyway!
One of our readers said “these dogs are not recognised as pure breed and should not achieve a pedigree price”. This assumes that a pedigree certificate has some intrinsic value.

This might be the case if a pedigree certificate was an indicator of health or longevity. But currently it isn’t.

Breeds that  become fashionable all tend to fetch high prices. This is true of both purebred and mixed breed dogs. French Bulldog puppies for example are often sold for $4000 and more.

Usually we expect to pay more for things which are more valuable, and many people think that a pedigree certificate offers value in terms of a guarantee of certain health standards. Unfortunately this is currently not true.  The flattened face of French Bulldogs, Bulldogs, and Pugs  for example means that many of these puppies will suffer from Brachycephalic Obstructive Airway Syndrome, may need major surgery and spend a lifetime struggling to breath.  This is not a feature that adds value to most people’s lives.

The value of a puppy should be related to health and welfare issues not to whether or not both its parents are registered on the same list of dogs, and meet a standard designed by humans that in some cases are not even capable of recognising that a dog needs a muzzle in order to cool itself and breath efficiently, a set of legs long enough to run around and jump without slipping a disc and enough genetic diversity to avoid being riddled with inherited diseases.

The fact that people still breed damaged purebred puppies with conformational defects built into them is an international tragedy.  Any concerns about whether or not people should be allowed to cross a Labrador with a Poodle are really insignificant in comparison

For example, how can a sickly bulldog that stands to live an average of six years, while struggling to breath, be worth more to a puppy buyer than than a Labrador Collie mix with a life expectancy of 12-14 years or more of good health.

These pricing assumptions are based on a perceived value of a certificate that sadly counts for very little until pedigree dog breeders stop making more broken dogs.

The assumptions about price might also be true if pedigree puppies needed different quality or quantity of food, more expensive vaccinations and veterinary care etc.

But that isn’t true either.

Puppies are expensive to raise, and as more mixed breed puppy breeders now health test their breeding stock (a great step forwards) expensive to produce too.
The stud dog fee for a pure bred parent is also likely to be the same (if not higher) in a mix breed mating. And health tests cost exactly the same no matter how pure the parentage of the dog.

Finally, this assumption assumes that pedigree dog breeders are not ‘in it for the money’ and are producing puppies from the goodness of their hearts. Also not true, at least not for all.
Mixed breed dog breeders don’t have a monopoly on inflated prices, they exist for any breed or cross breed that becomes popular. French bulldogs are a prime example.

While breeding an occasional litter responsibly is rarely a profitable venture, it is perfectly possible for a purebred dog breeder to turn out litter after litter for a good profit, and many do.
So until the world’s major kennel clubs put their pedigree house in order, and start imposing real health standards on their breeders, it is likely that more and more people will reject their values

This is another false assumption. Along with the assumption that pedigree puppies all come from reputable breeders. Again, not true.

There are plenty of puppy mills churning out pedigree puppies. And plenty of mixed breed puppies are born in loving family homes or produced by caring, responsible breeders.

We should be campaigning for all puppies to be responsibly bred, not just those with a certificate to say the AKC has registered them.

A very common objection here on the Labrador site is the creation of nicknames for breed mixes.
Those who object to a Boxer Labrador mix for example, feel much more upset if others refer to the mix as a Boxador.

Some readers have commented that designer dogs should never be given names as they feel that it somehow glorifies or promotes them.

There are over 400 pure bred dog breeds, but these breeds are a human construct. They are not different species, and did not evolve naturally.

We created them, then made lists of them, gave the list a name (eg Labrador Retrievers) then said that no-one could put their dogs on any of the lists unless that dogs’ parents were both on the list too. That is all that purebred means

And it’s worth remembering that if our ancestors had not enjoyed mixing different breeds together and (gasp) giving those new mixes a new name, we would not have the breeds we now have today

There is a great deal of confusion over the health issues
A puppies health is mainly dependent on two factors The argument that mixed breed puppies have an unknown health history, or unknown temperament is simply not an assumption that can be applied to the entire population of mix breed dogs.

It is also true of many purebred dogs.

What is worse, many purebred dogs have been deliberately bred with health defects as a part of their conformation. And have a terrible genetic makeup due to inbreeding. And yet those same breeders are trusted by unwitting puppy buyers because of the ‘pure bred’ tag.

6 Dogs have enough problems without adding hybrids into the equation

Hybrid dogs are not causing problems for our four-legged friends. The sad truth is, that far from being the problem, hybrids may now be the only way to save many of our beloved pedigree breeds because those breeds have become so in-bred.

“The wide array of genetic diseases found in purebred dogs reflects their unnatural development, by kennel club associations and breeders who are largely responsible for this welfare predicament”

I once felt a strongly as many pedigree dog fans feel today about pure breeding. So I understand the emotional attachments and strong feelings.

But I listened to the evidence and I changed my mind. The evidence is out there for all who are willing to listen. And there is far more of it now.
​
For those that wish to learn about canine genetics and the problems that are faced by almost all our pedigree dog breeds there is mountain of information on this topic on the Institute of Canine Biology’s website. It is a great place to spend some time.