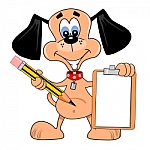 As a behaviourist, I am usually called in to assist when a dog is doing something wrong; behaving in such a way that the owner finds unacceptable. Pretty much all dogs will do something that we consider ‘bad’ at some point in their lives, whether it’s digging, chewing furniture, peeing on the bed or biting guests. Some dogs will also behave in ways that may not necessarily bother us, but cause distress to the dog, such as tail-chasing or excessive grooming. Negative behaviours are obvious and they easily get our attention. Clients often contact me with a list of behaviours that they don’t like in their dogs. I usually arrive to find a dog that is absolutely lovely, and generally behaving well. The spotlight falls on the negative however.

I was recently at the World of Dogs and Cats expo, and I saw something that really struck me and got me thinking. I saw a man sitting on a grand stand with two large dogs. They were sitting next to him and their faces were level with his, which he obviously didn’t want. He asked the dogs to lie down, which they did. Everything was fine up to this point. It was what didn’t happen next that struck me – he did not praise his dogs for lying down. I felt unsettled, it seemed like a vital part of this man-dog interaction was missing. This made me think of my relationships with my own dogs. How often did I forget to acknowledge them for doing something right? The more I thought about it, the more I realised that I often just expected certain behaviours, or had become used to them, and neglected to praise my dogs for those behaviours. Just as an example, my youngest dog is a great ball retriever and he loves nothing more than chasing a ball and bringing it back for another turn. When he first started doing this, I praised him every time, but at some point, the praise had diminished to the occasional ‘good boy’.

Humans tend to focus on the negative – how often do you see happy, inspiring stories in the news? Our dogs fall victim to this trend, and I see it over and over again with my clients and their dogs. We want to fix problems, instead of encouraging what is good.

Here is what I suggest, and I make this suggestion based on what I have always done with my clients and what I have recently been focussing on with my own dogs. Spend some time observing your dog in your day-to-day interactions. Completely ignore those things that you don’t like and look for those things that you do like. Give your dog plenty of praise and affection when they do something right. It can be small things – does your dog always sit when you bring their food? Do they come immediately when you call? Do they wait for you to pass through a doorway before going through? Whatever it is, acknowledge your dog for doing anything right. You should observe changes in your dog, increased relaxation and happiness being the main ones.

Obviously, problematic behaviours do have to be addressed. However, most dogs I see are not nearly as bad as their owners make them out to be. I encourage people to see that, but I was slipping myself and not acknowledging my dogs as much as I’d like to. I hope you’ll all take the time to praise your dogs and encourage the behaviours that you want, rather than just worrying about those that you dislike.