What makes an aggressive dog, and how you can spot one

www.phys.org
(Great site, vast choice of articles)
​Study suggests it's not so much the breed as the gender, training,
​origin and owner's age. 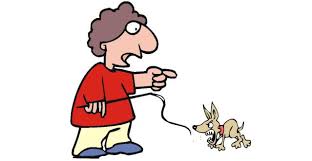 ​You see a Rottweiler standing next to a poodle and a Chihuahua. Which dog is most likely to bite you?

To answer that question, don't look at the dog, British researchers say. Instead, look at the owner standing beside it.
​
A dog's breed is only one of many factors that influence its capacity for aggression, according to a new study published recently in the journal Applied Animal Behaviour Science.

More telling clues to aggression might be the age of the owner, the training the dog has received, the place the dog was obtained and the gender of the dog, the researchers found.
In addition, dogs that are aggressive in one situation likely will not be aggressive in other situations. For example, a dog that might lash out on the street could be perfectly peaceful in its own back yard.

"Aggression is incredibly complex. It's going to be both situation-dependent and dependent on the history of both the people and the dog," said Stephen Zawistowski, science adviser to the American Society for the Prevention of Cruelty to Animals (ASPCA). "You can't just pick the breed of the dog and say somehow that will be predictive of whether the dog will be aggressive."

Zawistowski, who is also an adjunct professor of anthrozoology at Canisius College in Buffalo, N.Y., was not involved with the new study.

For the study, Rachel Casey, of the University of Bristol's School of Veterinary Sciences, and colleagues distributed about 15,000 questionnaires to dog owners regarding dog aggression toward people. About 4,000 were returned.

Nearly 7 percent of owners said their dog barked, lunged, growled or actually bit unfamiliar people who came to their house. Meanwhile, 5 percent reported these aggressive behaviors when meeting people while out on walks. By comparison, only 3 percent of owners reported aggression toward family members.

The results showed that a majority of dogs were aggressive only in one of these three situations. A dog that would lunge at a strange person on the street was not likely to lunge when a strange person approached their house.

In breaking down factors associated with dog aggression, the researchers found much more than the dog's breed at work. For instance:


"The origin of the dog was a significant factor in aggression toward family members," said Mary Burch, Canine Good Citizen director for the American Kennel Club. "There was a 2.6 times increased risk in dogs obtained from rescue centers, and a 1.8 times increased risk from a combined category of 'other' sources, including pet shops and Internet sites, as compared to those obtained directly from breeders."

A lot of dog aggression is spurred by fear and anxiety, Zawistowski said. To avoid having an aggressive dog, he said, owners should properly socialize their pups by doing the following:

Older dogs that suddenly become aggressive might be experiencing pain due to an ailment. "If you're looking at a 6- or 7-year-old dog that's starting to be aggressive, you might want to look at whether the dog is starting to have some arthritis," Zawistowski said.

If you're worried that an unfamiliar dog might become aggressive toward you, you should pay attention to its body language, Burch said.

"Some pre-aggression behaviors are a direct stare, stiff posture, hackles up, ears or lips pulled back, baring teeth, growling, barking, lunging and snapping," she said. "Barking alone should not always be defined as aggressive behavior."

Burch criticized the British study for including barking as an aggressive behavior.

"It can be problematic for barking to be considered 'aggression' because barking can have multiple functions," she said, noting that dogs also bark to alert owners or to signal that they need something. "In my opinion, this overly broad definition, which includes barking, skews the data to show that there is an aggression problem in the U.K."