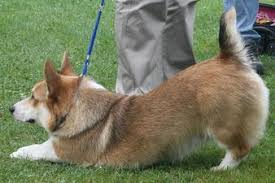 One thing about this breed, Queen Elizabeth 11, really did make it famous - there are countless pictures of her out and about with her pack of Pembroke Corgi's and apparently, in addition to being a breeder at one time, has had about 30 throughout her lifetime.

This breed originated in Pembrokeshire, Wales, and Corgi is Welsh for 'dwarf' dog, hence the name. They were bred for herding cattle, and is one of the two breeds known as the Welsh Corgi , the other being the Cardigan Welsh Corgi. These are two separate breeds and both are listed at breed organizations as herding  dogs.  It is estimated that they have been around as far as 1107A.D and is one of the oldest herding breeds, and have been used to herd not just cattle, but also geese, horses, ducks and sheep.

They are known to be very affectionate and love to be surrounded by their family.
​Is this the right dog for you?


They do not need excessive exercise, however, being a dwarf breed, with very short legs, and a long back, they should never be overweight and a daily walk is needed.

Additionally, because they are working dogs, the exercise is needed or else if they become bored they can be excessive barkers and be very destructive. They are very attentive and will bark at the slightest noise that they hear.  Due to the barking, it is always a good idea to teach the 'bark & shush' as a pup.

They are not hard to train, being intelligent, however this breed is very independent can can be bossy, so early, and continued basic obedience is required so that they dont become too bossy, which they do tend to do.

The majority of the breed are friendly to people and other dogs, however a Corgi that has not been sufficiently well socialized can be very anti-social and can be protective of its family, so puppy and continued socialization is recommended.

They are shedders of note, so if you dont like dog hairs all over, not the breed to consider. 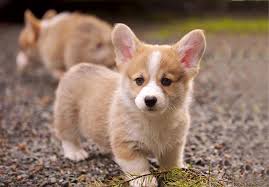 On average, if bred will and early socialization has been done, the Corgi gets on with other dogs in the family, but as it does have the inclination to be possessive, a lot of work on preventing resource guarding is suggested.  You must make sure that your dog has been well socialized so that it will accept another dog into the home.

When it comes to which sex get on better, your best bet is one male and one female (both sterilized), or 2 males together. Never two females. The vast majority of the time two females will get on well until about 8 - 9 months of age and them fighting for position tends to occur. When males have the odd altercation, it tends to be over quickly, but with females, it just intensifies and often the only solution is for one of the females to be rehomed. This is not just for this breed, but in general.

​On average, and if bred well and socialized they will get on with other dogs but have been known to be territorial with strange dogs, so dont take it for granted that they will be friendly. As above, all dogs should attend puppy socialization and ongoing socializing.
Do they get on with other animals?

Most of them are fine with other family pets but can be territorial with strange cats. They should be socialized with other small animals when pups./Most Pembroke Welsh Corgis are fine with other family pets. But they're often territorial with strange dogs and cats – as a working farm dog, one of his responsibilities was to chase strays away from his own farm.
​Are they good with children?
On average they are good with children, however, being a herding breed, they are known to chase after anything that runs, and will often nip at heels. As with all dogs, dont just take their natural friendliness for granted, all dogs should go to puppy school and have continued socialization to ensure that they do get on well with both children and adults.
Health
​
This is a 'true  drawf' breed (achondroplastic) and as such their stature and build, especially the long back, can lead to non-inherited health conditions. Some of the conditions they are known for are von Willebrands disease, monochidism, HD, degenerative myelopathty (DM), and inherited eye problems such as PRA (progessive retinal atrophy).