www.rover.comwww.rover.com
​
(Great site with a lot of varied articles - do have a look when you have some time 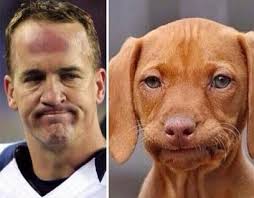 ​Even though dogs can’t speak our language, they can definitely feel our vibrations. Has your dog ever given you a tender nuzzle during a time of grief or heartache, for example?

Since we’re both mammals, our emotional brains (dog and human) can tune into one another and read subtle cues about stress levels, moods, and general “vibes.” We feed off of each other psychologically—and a new study confirms it.

Dogs and humans influence each other

A dog-human pair can actually begin to share personality traits over time. What the scientists discovered is that pets and humans can influence one another’s characteristics and their “way of being” until there’s almost a melding of two spirits.
​
German photographer Ines Opifanti explored this idea in her photo project Dog People, where dog owners mirrored the expressions of their pets in staged portrait shoots. This required some effort on the part of dog owners, but the idea speaks to something pet-lovers have long suspected—we become linked to our pets by more than just a shared address.

The Austrian scientists studied more than 100 dogs and owners.

Their study centered around our basic flight-or-fight responses—how our bodies react when we feel threatened. Do we become highly anxious, even if the threat is small? Or do we assess the threat and relax when we see that we’re not in danger? The scientists measured heart rate and cortisol (stress hormone) levels in dogs and owners to compare.
​
They also assessed both species in terms of their disposition. Were they: