Please visit and LIKE our Facebook Page and share with family, friends and on your own Facebook page, and ask them to share further – it is only by working together and sharing knowledge and education that we can improve the lives of dogs and assist owners. We do not inundate you with posts – an average of 5 per week, and the odd Did You Know. Thank You!
Tips to Help Your Dog Adjust to Your New Home 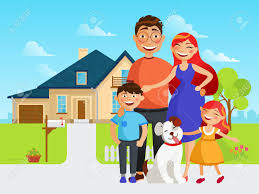 Once the moving process switches gears from packing things up to unloading and arranging your stuff, there are several steps you need to take to make sure your dog can start to properly settle. These steps are designed to bring about comfort and familiarity for your pooch, lest he ends up getting into mischief.

The first step to take here is to unpack some of his belongings and set them up in the spot you’ve deemed to be his area. Allowing him to settle into his new domain right away will get him used to the new surroundings. You’ll also want to refrain from washing his blankets and bedding, as their familiar scents will further his comfort level. (note from FOTD - if you have the opportunity of taking your dog/s to visit the new premises before you move, this can go a long way to helping them with the move - do as often as possible)

You’ll also want to do a quick sweep of the house to make sure there’s nothing lying about that may tempt your dog’s curiosity, like exposed electrical wire. While your dog may not be lured in by such things in your old home, he may take to such things as a means of getting used to the new environment.

It’s also important that you stick with your pooch’s routine-based needs during the moving time. Adhering to his exercise and walking needs not only establishes normalcy, but it will also perpetuate the notion of tending to his breed-specific needs. These needs are constant regardless of where you live.

Once you settled in, it's wise that you make a few minor adjustments to your own schedule to help your dog be confidence in your new home's permanency. Taking a couple of days off from work if possible, choosing to dine in rather than dine out, and spending quiet time with him will establish this measure of confidence.

With that being said, it’s important that you draw the line between hanging out and coddling. If you smother your dog as a means to help mitigate his stress level, he may pick up on some unwanted behaviors like clinginess that he never exhibited before. This could be deemed as an unhealthy behavioral shift in the long-term.

What to Expect in the Days and Weeks After a Move

Your dog is not going to completely revert to his normal self for a spell even after you settle in. This doesn't necessarily mean that he's skittish or upset – remember, most dogs tend to go with the flow during a move. Rather, this behavior may purely be due to him still trying to figure out the lay of the land.

​During these first few days or even weeks, you may see an increase in “accidents” in your home. This has nothing to do with your dog making a statement of how unhappy he is in the hew place – dogs don’t poop or pee in a certain place out of spite. Rather, this behavior stems from him not being familiar with where to do his business.(Note from FOTD - go back to basics with toilet training - ignore any accidents, and clean them with a mixture of 1.3 white vinegar to 2.3 of water. clean well with paper serviettes, and leave a bit on the floor - this will help to deter the dog using as a toilet again - never use household products as these often contain ammonia which will make the area smell more like a toilet than ever)
​As such, it's imperative that you revert to doing some basic training with your pooch so he can understand where he can and cannot pee and poop. You may also have to deploy certain training techniques to help lower things like separation anxiety if you have to leave him alone for work purposes.
It’s also important that he sees you settling into a normal living routine in the days and weeks after the move. Doing so will provide non-verbal clues to him that you think everything is okay within the parameters of the living situation. If he senses you’re fine, then he’ll get to that point as well.