Scientists create IQ test for dogs... and it could help humans too

By Sheena McKenzie, for CNN 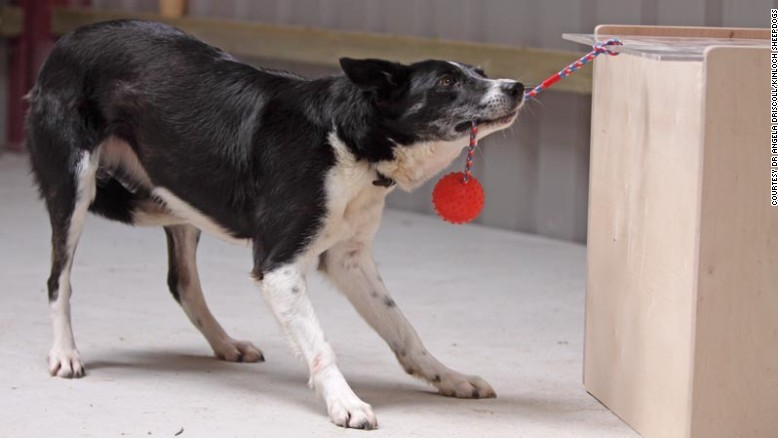 Scientists timed how long it took dogs to get food from behind different see-through barriers.
(CNN)If you've ever asked your dog "who's a clever boy?" there may now be a definitive way of getting the answer.
British scientists have devised what is believed to be the first IQ test for dogs, using a series of obstacles to assess the intelligence of 68 working border collies.

They found that much like humans, dogs do, in fact, have measurable IQs.
And given that dogs' minds aren't influenced by factors such as smoking cigarettes, drinking alcohol and drug abuse, they also offer a unique testing ground for scientists.

Researchers hope these tests will help our understanding of the link between health and IQ in humans.
"In humans, there is a small but measurable tendency for people who are brighter to be healthier and live longer," explained Dr. Rosalind Arden, a research associate at London School of Economics and Political Science (LSE) who helped carry out the study in conjunction with the University of Edinburgh.

"So if, as our research suggests, dog intelligence is structured similarly to ours, studying a species that doesn't smoke, drink, use recreational drugs and does not have large differences in education and income, may help us understand this link between intelligence and health better." 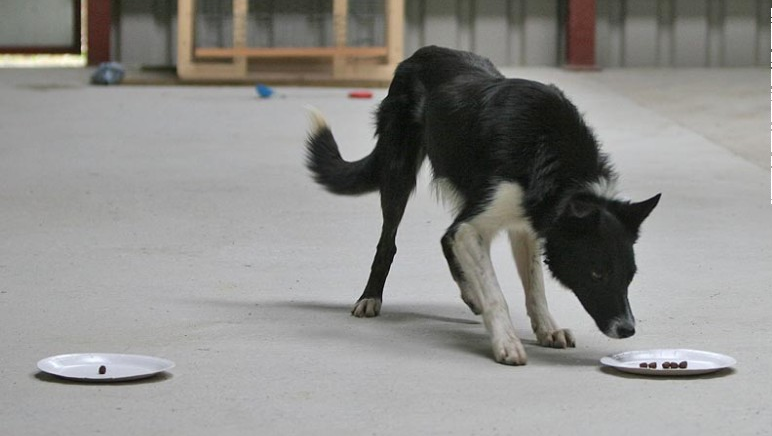 Which is the bigger portion? A border collie is put to the test.The tests may also shed light on dementia in humans.
"Dogs are one of the few animals that reproduce many of the key features of dementia," added Arden.
"So understanding their cognitive abilities could be valuable in helping us to understand the causes of this disorder in humans and possibly test treatments for it."

The tests included timing how long it took dogs to get food from behind different see-through barriers.
The animals were also repeatedly given two plates of food and assessed on whether they could identify the bigger portion.

Dr Rosalind Arden, LSE      "Dogs are one of the few animals that reproduce many of the key features of dementia"

Dogs that completed the tests faster were also more likely to complete them accurately, researchers found.
Unlike dogs kept as pets, the canines used in the study were working border collies more accustomed to farmyard settings, and not to games and food treats.

There were no significant differences between male and female dogs' test scores.