Five Reasons Why Knowing Your Dog's Breed Is Important


www.southbostonanimalhospital.com
​(They have a very useful Blog section - do visit when you have time) 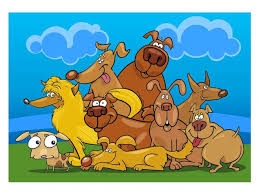 When it comes to owning a dog, you’ll find that all dogs are different. Many people say that it’s not right to judge a dog based on its breed, or an entire breed on a single dog’s behavior, and in some instances that is justified. However, the more you study the behavior of canines, the more you’ll recognize that genetics play a big part of any dog’s attitude.

​Dogs have been bred for centuries, humans manipulating a wolf’s DNA in order to create a canine that is capable of achieving a specific task. These tasks have varied from hunting, guarding, herding and more, meaning that certain traits have been sought after in the breeding process.
In more recent times, the need for “working dogs” has waned a bit and dogs have become more of a companion than a worker. However, that doesn’t mean that those traits have just disappeared—a beagle is still going to have its amazing nose, because that’s what it was bred for, and a collie is still going to have a need to chase, because it was bred for herding.
So, why is knowing the breed so important? Here are the top five reasons:

A dog’s breed will determine what their drive is going to be. Now, every dog is different, but certain breeds were developed for certain tasks, and sometimes those tasks can come out in ways that you weren’t expecting. Without proper outlets, dogs can become a nuisance, and so knowing what your dog wants to do will make it easier to give her a task she will enjoy.

For instance, herding dogs have a tendency to nip at heels and try to control the movements of those in the household. Hunting retrievers commonly go searching for items and either bringing them back or hiding them away. Knowing the purpose of your dog can help in the training.

2. Health
​
Your dog's breed may have some health concerns to keep track of. For instance, pugs are known to have breathing problems and Great Danes are prone to Addison's disease. Knowing your dog's breed will allow you to know if your dog is at risk for a number of problems that come from breeding. Lifespan can also be affected by the breed itself, so you'll be able to know how long your dog is going to live and how best to fulfill his needs.

Certain breeds of dogs are not meant to be with other animals. While dogs are bred from pack animals (wolves), not all dogs do well with others. Over time, breeding has made certain dogs susceptible to violence towards other canines, or animals in general. Hunting dogs shouldn't be put in a home with animals that they're known to hunt. Greyhounds are bred to go after rabbits, for instance.

This goes hand in hand with the reason above. Nuisance behaviors shouldn’t be ignored just because of a dog’s breeding, but a dog shouldn’t be heavily punished for doing something she was bred to do, either. Knowing your dog’s breed will help you understand why she's acting the way she is, and how you can curb that behavior and train your dog properly. It also helps you to know when your dog is acting abnormal for her breed. Certain breeds aren’t biters by nature, so if your Labrador is biting, then there are other issues involved.

As stated above, some dogs aren’t bred for biting. Others, though, have been bred to hunt and kill over the years, and have the instincts to do just that. While breed doesn’t guarantee that a dog is dangerous, there is the chance that they will use their teeth in a situation that may not call for it. Pit bulls are a good example of this, as they were bred to be protectors of the home and family. Many pit bulls view outsiders as threats to their homes and can bite, causing serious injury.
While this doesn’t mean that the dog is overtly dangerous, it does mean that caution and good training are needed when dealing with a breed such as this. German shepherds, Rottweilers and Dobermans are other examples of guard and hunting dogs, which is why they are often used as police animals. Knowing the breed will help determine whether or not a dog is safe for the environment that you plan to house him in.

As a side note, mixed breed dogs can have traits from either side of the breed-line, so you should consider looking into the DNA of your dog as soon as you pick her up, just to be sure that you understand what’s going on with her on an instinctive level.

Every dog is different and will have their own personality. Breeds don’t necessarily control how a dog will act or respond to any given situation. Knowing your dog’s breed, however, will give you a basic understanding of your canine friend and what to expect on an instinctive level.