This is from the website https://dogcare.dailypuppy.com/ and they have some really super articles - do visit when time allows - enjoy! 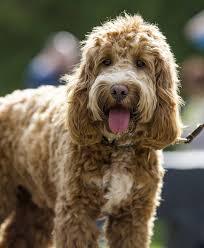 Cross between Cocker Spaniel and a Poodle
Mixed breeds can be just attractive as purebreds.

A mixed-breed dog is the offspring of two nonpurebred dogs. Although the term is often used interchangeably with “crossbreed,” there is an important distinction between the two; crossbreeds are the offspring of two different purebred dogs; mixed breeds have a much more ambiguous ancestry. Most of the world’s dogs are mixed breeds, and although your mutt may not have pedigree papers or be eligible for the show ring, that doesn’t make him any less of a dog. In fact, there are a number of reasons why you may favor a mix over a purebred or crossbreed.

In general, mixed-breed dogs live longer than purebred dogs. Obviously, this is not a hard and fast rule; all dogs are prone to fatal illnesses. But due to their genetic diversity, mixed breeds can live up to 18 years, sometimes longer. The lifespan of a purebred dog varies according to breed, from tragically short like the bulldog, who lives to around 8 years old, to impressively long like the border terrier; who lives up to about 15 years old.

Purebred dogs come with a list of inherited health problems. This is because they are bred from a relatively narrow gene pool and inbreeding often occurs, meaning genes that cause disease are passed down through the generations. With mixed-breed dogs, this is much less likely to occur. This is due a phenomenon called “hybrid vigor,” which refers to the robust health and hardiness of animals from a wide and varied gene pool. The lower incidence of hereditary disease doesn’t mean mixed breeds are illness-free. You should take your mutt to the vet for regular checkups.

When you breed a purebred Labrador with a purebred Labrador, you can guarantee the offspring will look like their parents. When you cross a purebred cocker spaniel with a purebred Labrador, you can predict a likely appearance, size and personality. With mixed breeds, you can’t do this. This isn’t necessarily a bad thing, but if you’re a fan of poodles because of their curly hair and want to breed from a nonpurebred dog that appears to “have a bit of poodle in him,” there’s no promise that the offspring will inherit that characteristic. That’s not to say you can’t predict roughly how your dog will look. If two mixed breeds with curly hair were to breed, it’s reasonably probable that the pups will have curly hair, too.

​Like physical appearance, you can’t predict the personality traits of your mixed breed with the same accuracy as you would a purebred. This isn’t to say a mixed breed is going to be a wild, untrainable problem dog; it simply means that he’s just as likely to love swimming as he is to love herding. A dog’s personality is as much a consequence of its environment and upbringing as it is a consequence of its ancestry.