Dog owners often mismeasure kibble
​
https://www.veterinarypracticenews.com
​(A great site with multiple resources)
From FOTD - remember that the feeding guides on the back of the kibble packet are only guidelines - a couch potato is not going to need as much as a very active dog - if in doubt check with your vet. 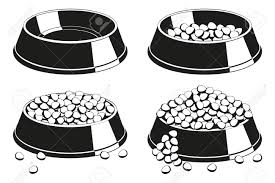 Dog owners may not be as proficient at eye-balling servings of dry kibble as they may think and this might be contributing to the climbing rates of canine obesity.

This is according to a new study out of the Ontario Veterinary College (OVC) at Canada’s University of Guelph in which researchers asked 100 dog owners to put their skills to the test and blindly measure portions of kibble.

The tests revealed inaccuracies ranging from a 48 percent underestimation to a 152 percent overestimation.

While an occasional measurement mistake may not seem like much, the study’s lead author, Jason Coe, DVM, PhD, says consistent errors can lead to under-nourishment, weight gain, or obesity.
“We found it particularly concerning to see how often participants over-measured the assigned portions, particularly given there is an ongoing problem with pet obesity,” Dr. Coe says. “Dog owners can easily overfeed their animals if they don’t measure out portions correctly, putting their [pets] at risk of several obesity-related diseases.”

The study, published in Veterinary Record, asked participants to use one of three common measuring devices to measure out kibble: a standard two-cup scoop with gradated markings, a two-cup liquid measuring cup (typically used for baking), and one-cup plastic dry-food measuring cup.

Each participant was asked to take their assigned measuring device and measure out three volumes of dry dog food: ¼ cup, ½ cup, and one cup. The volume of dog food measured by participants was then compared to the correct weights, respectively.

Researchers found participants’ portions varied considerably, particularly when they were asked to portion out the smallest volume.

“That finding has important implications for small dogs, since they typically receive smaller volumes of food,” Coe says. “Even a small amount of over-measuring for a small dog can be a considerable increase in their daily caloric intake, putting them at risk of weight gain from too much food.”

The most efficient method for accurately measuring kibble portions, Coe says, is to use a kitchen scale.
​
“Most people want their pets to be happy and healthy, and this is a way to keep their pets’ weights in control from Day 1, improving their chances of living long and full lives,” he says.