We received this from Patti Webster who unfortunately lost her beloved dog Julio, and feel that this warning could serve to help other owners. Patti, our sincere condolences and thank you for your bravery in sharing this with other dog owners, Scotty & Charmaine 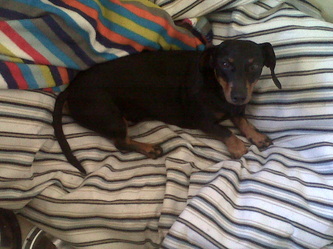 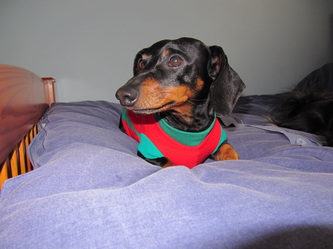 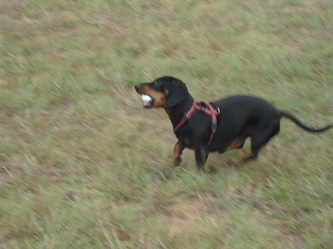 The world’s number 1 rabbit hunter – may you continue with your rabbit hunting ways in Doggy Heaven – your passion.

Julio was a typical dachshund and chose one owner to whom he was deeply attached.  Julio’s natural hunting instincts were also very strong – unfortunately for the feral rabbits that used to stray into our garden.   This behaviour dismayed me greatly but gave Julio the greatest pleasure.   More typical behaviour was of him wanting to burrow under covers when he needed to sleep and Mommy gave in to his desire.   Those were happy times warmly snuggled in bed together.


Warning to other Dachshund Owners

A great regret is that I allowed Julio to jump from the bed onto the floor and on the last occasion he hurt his back.   I saw he was uncomfortable and immediately took him to the vet, although it was a Sunday.  He was given some cortisone and I was advised to take him home and let him rest.    I then had to go out and when I came back, he still managed to walk, but became lame soon after.    I wanted to explore some options of providing relief for my dog but unfortunately on a Sunday I was unable to make contact with the necessary expertise.    Early on the Monday morning I took him back to the vet and more cortisone was prescribed but regretfully the advice received was wrong.  Later in the morning, during my research, I was referred to a spine specialist.   We took Julio immediately for a consultation, even though it was a hour’s drive away.  My poor dog was in such pain and completely paralysed by then.   He was so brave in his discomfort.  To my great sorrow we were too late.   Had I known that there was an excellent chance of my boy to walking again, provided he was treated within the 12 hour period of the onset on the injury, he could still be with me, my friend, my companion.   Dachshund owners, heed this advice – get the necessary treatment early. 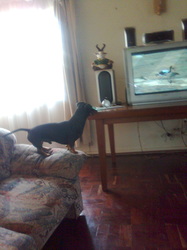