Are you inadvertently flooding your dog?

by Friends of the Dog 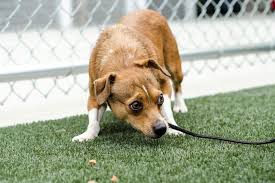 Flooding, according to the dictionary,”is a technique in behavior therapy in which the individual is exposed directly to a maximum-intensity anxiety-producing situation or stimulus, either described or real, without any attempt made to lessen or avoid anxiety or fear during the exposure. An individual with claustrophobia, for example, might be asked to spend extended periods of time in a small room. Flooding techniques aim to diminish or extinguish the undesired response to a feared situation or stimulus and are used primarily in the treatment of individuals with phobias and similar disorders.”

In dog behaviour, Flooding is when dogs are forced to be in close proximity of something, they are afraid of for various periods of time, and are unable to escape the experience. The most common time it is used is when a dog is aggressive to other dogs and is put in an enclosure with other dogs, and heaven forbid, sometimes the dog is left in this situation for days at a time! Think about it, how would you feel if you had a fear of spiders and were forced to sit in a room full of them and could not get out!  Does not bear thinking about – plus, we have a choice if we wanted to be in a room with spiders, our dogs are not offered a choice!

This really is an old-fashioned technique, however, unfortunately it is often still today, especially by trainers who use the old-fashioned punishment-based techniques.  Trainers who engage in this practice often think that it has been successful as the dog stops the aggressive behaviour.

However, what has actually occurred, is that the dog has totally shut down (learned helplessness) – this is often the beginning of other behaviour concerns. What often happens as well, is that the dog will start to show aggressive behaviour – this may not happen at the time of the flooding as the dog is too shut down to react, but may occur at a later stage.

It really is much better to slowly and gradually desensitize the dog to the perceived fear – this is called systematic desensitization and is used with Positive Reinforcement methods.

So, how do owners inadvertently flood their dogs?

Here are some common examples, but the list does not end here.
​
We firmly believe that all owners should have a basic understanding of dog language, to be able to recognize when their dog is not actually coping. Unfortunately, owners will often pick up on some obvious signs of fear, but not the early signs that the dog exhibits.

Some very basic body language that a dog may exhibit if it is not coping, would be to look away completely (ignoring), try to make itself smaller, tail goes between the legs and the hindquarters lower, much like crouching, dog may try to hide behind the owner or behind an object, nervous barking, whining,  breathing may increase, the dog may start to pant and even drool and whale eye can occur – this is when the white of the eyes is showing, and is often a prelude to a bite, and the dog may go very, very still with the body being stiff – this is also a sign that possible aggression may be forthcoming and is called the Stillness – this can be very dangerous.
​
If you are having problems with a dog that is fearful, we really suggest your contact a professional and get the help the dog needs.