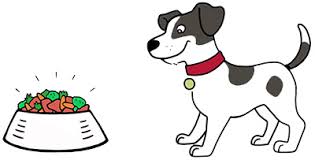 The genomic signature of dog domestication reveals adaptation to a starch-rich diet – does this mean dogs are supposed to eat kibble food?

In the article “The genomic signature of dog domestication reveals adaptation to a starch-rich diet1”, science has shown that domestic dogs today have the genes available to produce starch digesting enzymes, and absorb glucose efficiently.

This is indisputable and to be expected, because if they did not they would have died out as soon as we started to feed them processed grain based diets. Most pellet food consists over 60% of processed grains. Some brands are better than others, but all are processed. Grains are mostly carbohydrate and some protein. Some animals have little trouble digesting and absorbing grain, others have huge problems, and just because they can, does not mean it is all that good for them.

This article(1) just proves that through our feeding habits, the starch digesting gene AMY2B, which can produce Amylase, one of the main starch digesting enzymes, has been expressed more and more in our domestic animals. Naturally it would do so, as this is what the bodies have been exposed to. ADAPT OR DIE. The mere presence of this gene does not indicate that they are meant to digest starch, just that they have been repeatedly exposed to it over several generations. They show that levels of AMY2B range between 4 i.e. double that of the wolf control in some animals (probably ones fed little grains in their genealogical history - i.e. their parents and grandparents etc.) and up to 30 i.e. 15 times that of the wolf control (probably in animals fed grains over several generations). I would be more convinced if there was information on the overall health status of animals with 30 AMY2B gene expressions compared to those with only 4. The same goes for the MGAM gene, which they indicate is expressed 12 times more than in wolves, and is responsible for forming maltase, another starch digesting enzyme. The SGLT-1 gene is responsible for factors that help with glucose membrane transport, indicating that glucose can be used in domestic dogs as an energy source. This gene is shown to also have increased expression in dogs compared to wolves. To strengthen my argument that these gene adaptations are more recent, the authors confirm that they specifically looked for signals of strong RECENT gene selection and variation from wolves (1.)

In the last 30 years that many owners have intensively been feeding a mainly grain based processed diet, just how many dog and cat generations have been born? Many, many, more than human generations! Exposure to an agent will express a gene that reacts to that agent (2,3,4). The apparent increase in degenerative, auto-immune, and endocrine diseases as well as cancer (7) in our domesticated animals should be a warning to humans about what we are doing to our own health (5,6). They may just be showing us what could happen to us, as we embark on eating a more highly refined carbohydrate and processed diet owing to the increase in fast and convenient food consumption in the human food chain. Difference is that we have a choice as to what we put in our bodies. Our pets don't. We choose for them.

This article does not address other factors in grains that cause mineral (8) and vitamin deficiencies (9).

Proteins are indicated as the primary causes for allergies and reactions. As soon as a protein is heated its chemical structure changes as the protein is denatured. Human and animal bodies have evolved over centuries to digest specific chemical configurations, and if this is changed, the system will find it harder to digest. (10) Through a set of complex immunological reactions and owing to low grade gut inflammation that results from poorly digested food, these foreign proteins enter the blood stream and cause allergic reactions.(11)

What is not discussed fully is the ACSM2A Gene that initiates the fatty acid metabolism and is related to insulin resistance, which this article only briefly mentions. I would be more interested in this. I also notice that they make mention of 4 major genes selected for digestion in domestic dogs compared with wolves, 1 for starch metabolic process,  1 for startch catabolic process (breakdown process) and 4 for fatty acid and lipid metabolism. This would indicate to me that there could be even more selection for fatty acid metabolism than for starch metabolism. More information on this would have been welcome.

So in summary: dogs have evolved to digest starch, owing to their scavenging nature and living alongside developing humans over many generations. This is true; however the level of carbohydrate exposure has dramatically increased over the last 30 odd years. Thousands of years of low grade carbohydrate exposure cannot make up for the sudden massive increase in carbo-loading over the last several canine generations. Human diets consisted mainly of meat, fruit and vegetables, and only since the advent of agriculture did grains become more prolific in the diet. Even then, it was never 60-80% of the total diet.