Your dog is a better judge of character than you

by Michael Hiscock - a reader sent us this, and we traced the author back to this website. Looks like a bunch of great articles available​https://www.theloop.ca/author/michael-hiscock/

​Is there someone your dog always barks at uncontrollably? There’s probably a good reason for that. 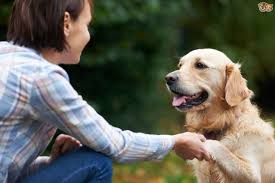 ​It turns out dogs are born with built-in jerk detectors.
Or at least, those are the findings of a new study out of Kyoto University in Japan. Researchers discovered that dogs can actually sense when people aren’t being kind to their owners, and will snub those people as a result. The findings reveal that canines have the ability to cooperate socially, which is a skill reserved for only a few species on Earth.


The way the experiment worked was pretty simple. Researchers tested three groups of 18 dogs in scenarios where their owners needed to open a box. In all three groups, the owner was always joined by two people whom the dog didn’t know. In one group, the owner would seek assistance from someone who would refuse to help. In the second, the person did help. In both groups, the third person was neutral and would not help or hinder the owner.

After watching this all go down, the dogs would then be offered food by the two strangers in the room.

The canines who witnessed their owner being snubbed were far more likely to choose food from the neutral observer, while ignoring the unhelpful jerk.

“We discovered for the first time that dogs make social and emotional evaluations of people regardless of their direct interest,” professor of comparative cognition and study author Kazuo Fujita said to the AFP. “This ability is one of key factors in building a highly collaborative society, and this study shows that dogs share that ability with humans.”

Humans, by the way, don’t even inherit these abilities until about age three.
​
So whenever you need to “test” if someone is being nice to you in the future, just get your dog to sniff ’em out. They’ll be able to see those jerks coming a mile away.